Have you ever wondered what it would be like to have a Japanese boyfriend? No? Okay then. See you later!

I always thought Japanese men were not popular with foreign women, but since I have lived in Australia and the Philippines for many years, I noticed that there were many foreign women out there who were interested in Japanese men. That’s why I have decided to give you some tips on “How to Get a Japanese Boyfriend”.

Let me help you find the one for you!

I am Japanese and I have many friends across the world. Although we do not have the “lady first culture” as many western countries have, I am not shy to say “Japanese men” are not bad.

As you may know, Japan has a culture of respect. That is why we prioritize group opinion more than individual opinion. “Japanese people are shy” and “Japanese men never say their opinion” these characteristics come from how Japanese people understand their culture and grew up in this kind of environment.

They Become Sweet After They Start Dating

Japanese men are shy and quiet at first. But they will change once they start dating. They become more caring and well-planned.

This is not a problem for Japanese women since foreign men can take care of shyness. But when men are too shy to start a conversation or too quiet while going on a date, foreign women immediately think “he is not interested in me” and decide to walk off. That is why you see many couples of foreign men and Japanese women, but not Japanese men and foreign women.

How to Find a Japanese Man

(If You Live in Japan) Ask Your Friends

If you live in Japan, Japanese men are everywhere. But, it is not easy to find one unless you are fluent in Japanese. If you live in Japan, the easiest way is to ask your friends to set you up on a date. In this way, you can make sure that he can speak English or at least is interested in dating foreign women.

(If You Live in Your Country) Go Out

If you live outside Japan, you see fewer Japanese men. But it is way easier to get him like you once you become friends. They are in your country because they like your culture or studying your language. That means if you ask him out, they will say “yes” almost 100% (if single).

The easiest way to find Japanese men is to go out and socialize. As much as you do Japanese people love drinking and eating out. If you find them in a bar, just have a casual conversation. He will appreciate your gesture.

Another way to find Japanese men is to use Dating apps. Just like you have used in your countries, we have many of them in Japan as well. They don’t need an introduction, but Tinder and Bubble are frequently used in Japan. By using these dating apps, you can not only find someone to date but also friends to practice Japanese and drinking buddies.

There are Japan-made dating apps on the market, however, you need to use them in the Japanese language and most of them are used to find Japanese women. On the other hand, People who use Tinder or Bumble are more open-minded to dating foreign women.

How to Get a Japanese Boyfriend

Are Japanese guys interested in foreign women? The answer is “Yes” if they are learning English. Luckily, we learn English as the second language in school, and the majority of Japanese people are keen to learn English. However, the sad truth is that not many of them feel confident in their English to date someone from overseas. Besides, more and more Japanese men are becoming shy and passive that they do not initiate a romance.

But there are certain things that Japanese guys look for when starting a new romantic relationship.

Needless to say that it really depends on individuals but Japanese guys tend to like skinnier girls than chubby girls. I like chubby girls but most of my friends do not agree with me, so I will not speak for myself.

If you ever met Japanese women, you must have thought they were really skinny and slim. Compared to other people from different countries like the USA or Australia, Japanese people are shorter. As well as Japanese men do not go to the gym, so they are quite skinny. Therefore, most guys want a girl who is shorter and smaller than themselves, so that they feel they can protect their girlfriends.

Also being slim and short makes a girl look cute and innocent. Japanese guys love girls who look innocent for some reason.

Girls Who Do Household Chores

The situation of gender roles in Japan has been changing drastically. However, when a man and woman are married, usually the man keeps his job and the woman quit the job and does housework.

Therefore, unconsciously men are seeking women who can cook, and clean the houses. There is this word 女子力 (Joshi-ryoku) in Japan that describes the “women skills” that attract men and be popular around them. 女子力 means skills in some fields that are often associated with femininity like fashion, makeup, cooking, and cleaning.

Imagine you are at a restaurant with a man. A bowl of salad comes to your table. I do not know how it works in other countries, but if the girl does share the salad without being asked, she has 女子力 and is believed to be more attractive to Japanese men.

Do Not Be Touchy or Express Affection in Public

I myself have dated several women from different countries including Japanese, so I am very familiar with this one. But Japanese men do not like to express affection in public and you should avoid doing it.

It’s just a cultural difference and we feel uncomfortable with public kissing, holding hands, cuddling, and so on. Nowadays, it’s become more acceptable to hold hands and kiss on the streets, but there are still people who do not like doing it in front of other people. I cannot do it and I just feel super uncomfortable.

However as mentioned above, many Japanese men are shy and passive. They do not show affection. So, if you are the type of girl who touches naturally and laughs a lot, chances are he is already fallen in love with you. All you need is to ask him out!

If he does speak English, you do not need to speak Japanese.

When you show him your flaws, that makes him want to protect you and let his guard down.

That’s it for today! I hope you liked it.

Most importantly, if you’re interested in Japanese men or Asian men (I think they are similar to Japanese men), you may have to be the one to initiate the conversation.

➡ How to Make Long-Distance Relationships Work (How I Failed)

If you want to learn the Japanese language, check this out too!

How to Make Long-Distance Relationships Work (How I Failed)

Have you had a long-distance relationship before? Did it go well? Or is it still going? I am a traveler since I was 2...

Hello! It's Yutaro. How is your Japanese learning going? Learning Japanese is not just remembering the words and gramm...

Working For 20 Hours a Day! 8 Reasons Why I Do Not Want To Work In Japan Anymore

Do You Really Know about Ramen!?

Do you like ramen? I love ramen, a little bowl of heaven🤤 I mean who wouldn't love a little heaven, right!? I have...

7 Things You Believe Exist in Japan Is Not True

"Have you seen Snake Eyes: G.I. Joe" or "The Fast and the Furious: Tokyo Drift"? If you have, you may have thought "Wow!...
【ドメインパワーが0に下がった！？】初心者ブロガー8カ月目のブログ運営報告
留学中に日本人の友達は作っちゃダメ！？【留学生活を充実させるにはバランスが大切】

ホーム
Interesting Facts and Others
スポンサーリンク 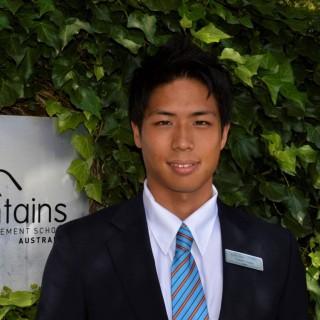